The Jobs Monitor is updated daily with the job-creation and job-loss activity of thousands of named organisations experiencing dynamic change.

The jobs data is gathered from rigorous media monitoring across 200,000 sources; data analysis of
employment moves within organisations that are growing, downsizing or restructuring; and other
relevant research.

The data, which has been compiled continuously since 2008, reflects real fluctuations in the jobs market and is not based on sampling, speculative forecasts or subjective employer sentiment about the future.

Since it was first published, more than eight million job gains and losses have been detected and recorded across many thousands of organisations.

Selected highlights from the month

COVID-19 continues to ravage the globe and Government efforts to stop the spread of the virus is having an unprecedented impact on the UK jobs market. Uncertainty is set to continue for months, maybe years, as we learn the full effects of the pandemic.

AlertBI created The Jobs Monitor as a beacon of light for businesses. You can take advantage of our real-time data analysis and gain valuable insights into job market fluctuations, enabling you to make informed decisions based on accurate jobs data, gleaned from over 200,000 sources.

In April 2020, The Jobs Monitor recorded 56,704 job movements across the UK’s private sector. As expected, job losses accounted for over two thirds of the total at 68%, while job gains made up the final 32%.

Our data paints a dire picture of the job market since March as the effects of the crisis took hold. In March, job gains were substantially less than the pre-crisis numbers but still outnumbered job losses by two thirds. April saw the latter overtake the former for the first time in 2020

Property and Construction continued its steady but small growth despite the crisis as businesses, like Lichfields, secured new contracts and hired more staff. We anticipate an upwards trajectory of hires followings the Government’s permission for construction workers to get back to work.

Some parts of the services sector are bucking the trend and thriving. For example, thanks to the increased demand for educational services,  and school closures causing parents to seek out tools that maintain their children’s education,  Outschool – providers of live online classes for ages 8–18 – started to recruit 5,000 new staff to handle the sharp rise in demand.

Retail and Wholesaling accounted for almost 15% of the total job losses as businesses entered administration and closed stores. Firms that depend on brick and mortar revenues are the most vulnerable to the pandemic effects, as shown by Oasis Stores which cut 4,100 jobs and closed 92 stores permanently, with another 90 at risk unless it finds a buyer.

The Government plans to allow non-essential retail outlets with street-level entrances and exits to reopen on June 29th – phase three of the lockdown-easing measures – which we expect to jumpstart hiring.

One of the biggest victims of the coronavirus pandemic is the Transport and Storage sector as employment rates continue to slump. Passenger numbers have collapsed and forced redundancies, while many businesses, such as P&O Ferries, are close to insolvency and seeking rescue deals or buyers. British Airways have cut 12,000 jobs, affecting one in four employees, following the drastic downturn in air travel.

Leisure and Hospitality, the second largest casualty of the crisis, suffered much smaller losses compared to March, but enjoyed zero gains. We expect the industry to start bouncing back in July at the earliest when the Government is expected to lift lockdown measures to allow businesses like pubs, restaurants and hotels to reopen.

Regionally, the South East suffered 40% of the job losses in April as it hosted some of the biggest victims of the pandemic. London followed behind with 23.85%.

London also experienced the most job gains with almost one quarter of the final total, while the East of England enjoyed the second highest gains with 14%.

A selection of organisations that experienced job movements during April 2020

Get in touch with Alert Business Intelligence if you would like to know more about
the Jobs Monitor and/or how to receive full reports inclusive of detailed profiles
and key contacts information for each of the organisations featured. 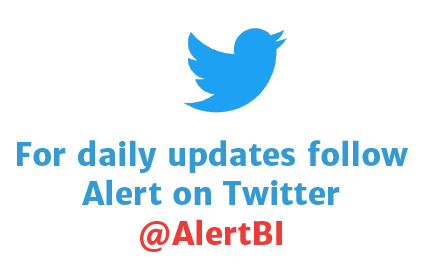 Back to the jobs monitor